If you look around, you can see that most people seem to be in a hurry. That’s not surprising! Our culture is built on being busy – on rushing. We see people hurrying hither and yon, and the impression we get is that they have Important, Valuable, Necessary Reasons to step up their pace and move quickly. Being busy is one of our cultural values – we have no time or respect for people who take downtime or who need a day off. The stress we feel to be as busy as everyone else can be daunting.

Most of us have a deep connection to YOLO – You Only Live Once – and many of us also feel a deep sense of FOMO – Fear Of Missing Out. We can’t be everywhere doing everything at the same time, but boy, do we want to be. And boy, do we try. The stress we feel when we miss out on something can be disheartening.

So what do we do to compensate for these feelings of being daunted, disheartened, or devastated?

We rush, of course!

This is the first blog in a three-blog series about what happens when we’re rushing, why we feel we have to, and how to stop rushing and slow down.

What Happens When We Rush

Almost all rushing these days has to do with stress. But back before our modern world existed, with all its modern stressors, our main biological reason for rushing was that we were in danger and we needed to either fight the threat or get away from it. 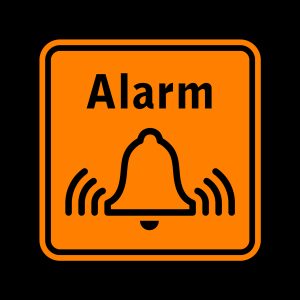 When we feel stress, our body goes on “high alert.” Stress triggers an adrenaline rush, so that we can either run faster or fight harder. Until the threat is gone, we are hyped up on adrenaline, which acts in a similar way on our systems to amphetamines. We breathe faster, our senses get sharper (which means everything gets brighter and louder), we have a sudden rush of energy, and our pain sensors dampen down.

Until the stressor is resolved, our bodies remain in this heightened state, and over time, this can cause a lot of damage. During a stress reaction, our bodies also dump corticoids into our system, and corticoids are only intended to be there for short periods of time and in relatively small amounts. Among other things, corticoids increase our metabolism, to generate additional energy for the anticipated fight or flight.

While corticoids are supposed to help you deal with immediate stress, when they’re in your body long-term or in large quantities, they can cause a lot of damage. Sterility, damage to the nervous system, impaired immune systems, and heart damage – all of these are the result of this kind of high-level long-term corticoid flooding. Stress can also cause insomnia, weight loss or gain, frayed tempers, crying jags, sudden fits of anger, and many other problems that won’t help you in either the short or the long term.

When the main threats we needed adrenaline and corticoid floods for were the kinds of threats that would eat us, we didn’t get them that often. But in our modern world, stressors are almost a constant thing. This means that our bodies and psyches are often on “high alert” for much of the day, even though the things we’re stressing out about may not be that threatening in reality. Our research paper won’t eat us – even if it feels like it will.

People who are working toward a goal – especially an important one – often feel like they should rush. This message can come from a lot of sources – parents, teachers, bosses, friends, and even inside the self. No matter where it’s coming from, the pressure to hurry up can feel overwhelming.

Hurrying can also often feel productive. It can feel like you’re getting a lot done when you’re rushing through a task, and you get a sense of accomplishment for finishing it six minutes before its deadline. The rush of endorphins from the release of stress can feel amazing.

But hurrying – rushing – can also have detrimental effects. The biological effects, we’ve already mentioned above. The rush of relief is not about how good it is now – it’s about how bad it was until these stress hormones were flushed out of your system.

There are other detrimental effects as well:

In the next blog, we’ll talk about what makes us feel like we have to rush, and how that leads to an endless cycle of rushing and stress.