The first blog in this series talked about what happens when we rush, and why we need to slow down. This blog will talk about why we feel like we have to rush, and how that can lead to an ongoing cycle of stress.

Our behavior stems from what we believe about life. If we believe that there is enough time to get things done, we’re less likely to rush. But most Americans, these days, don’t believe there is. Our culture focuses on continual achievement, and the idea of sitting down and resting is looked at as almost a sin. People even take their work with them on vacation – negating the point of taking one at all!

There are three myths that many of us believe that can push us into rushing.

There are a couple of reasons we might believe this myth. The first one is that we might, literally, not have enough time. We may have overbooked ourselves to the point where we have no free time or downtime at all. In this case, we have to let something go – even if it’s hard to do that.

But this myth can also stem from our lack of time management. We may have enough time, but it doesn’t feel like we do. Students are especially prone to this myth for this reason: they don’t yet have a good system to manage their time. If you don’t make time noticeable, for example, days and weeks can fly by without your being aware of it. And if you have a deadline at the end of those days and weeks, you can find yourself staying up all night, cramming for the exam that you knew about two weeks ago, because it didn’t become real to you until the deadline was right on top of you.

Managing your time, in both cases, can help you manage this myth. If you have a schedule, you will know how much time you actually have. If you are overbooked, it’ll be obvious, and you’ll be able to cut back. But if you’re just procrastinating or unaware of time, this will slap you into a sharp focus on the amount of time you actually have, and how to use it so you don’t stress out and start rushing.

Myth 2: I Have A Lot To Do, But I Can Multitask 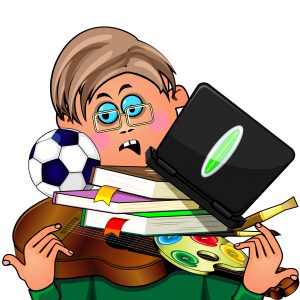 James Clear has a great article on this issue, and I’ll try to summarize it here. He points out that the word “priority” used to mean the most important thing. Somewhere along the line, we made that word plural, and began to imagine that we could have several “most important things” at the same time. Once we got computers that could run three or four programs at once, we developed the idea that we could work on three or four projects or tasks at once.

This is, quite frankly, ridiculous.

Human beings do. It’s called the switching cost. Each time we stop what we’re doing and move to a different task, it takes a toll on our brains. It screws up what we’re doing and it takes about a minute for us to move on with our work after we try to switch from one task to another (for example, checking email has been shown to rob us of 64 seconds of productive time every time we do it).

“But,” you protest, “I can eat dinner and read my textbook at the same time!” Yes, you can, but that’s because you’re eating on autopilot. You can brush your teeth and read a book, too. You can also walk across campus and listen to a podcast, because for most people, walking or brushing your teeth are autopilot activities. You could even drive to school and listen to your textbook on tape, since driving becomes a mostly autopilot task after a while.

But can you read a book and understand what it’s saying, and pay attention to the podcast at the same time? The fact is, unless you’re extremely unusual, you can’t. So multitasking – the ability to do more than one thing at a time – is limited to doing one or two or three things on autopilot and doing one thing that you’re concentrating on, or focusing on. If you are trying to focus on two things at once, your brain is paying an enormous switching cost as it tries to keep track of both the history textbook’s discussion of Reconstruction AND the podcast’s discussion of how the calculus equation that’s doing dirt to you works, and it’s going to wear you out. Worse, you won’t retain much, if any, of the information you’re trying to absorb.

(By the way, this is also why you can’t surf the web and pay attention in class at the same time, even if you think you can.) 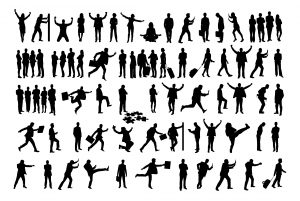 Our achievement-oriented culture lionizes and praises the people who never have a moment to sit down or stop working. Workaholism is damaging, but it’s also something we admire. The workaholic is the success story – the driven man or woman is the one who gets things done.

The idea that you can be successful and still have free time, for many of us, seems impossible. More than that, it seems almost sinful. The idea of taking downtime, for many people, seems like selfishness.

But the reality is that people who accomplish the most are not the most busy, but the most focused. The most productive people are the ones who take the time they need in order to plan and work through the steps or tasks to achieve a goal. One of the things busy people create is…. busywork. They look like they’re very productive, but when you compare their output and the quality of their work to the people who take their time to plan and work through it, there’s just no comparison. Busy people don’t do as well.

Being busy is being in motion – doing things that look like you’re getting things done. But being productive is taking action – doing things that will actually move you towards your goal. For example, reading your textbook over and over again looks busy, but is it helping you get to your goal? Maybe making some flash cards and practicing with them with some friends would be a more productive way to get to the goal of a passing score on the exam.

In the final blog in this series, we’ll go over how to stop being busy and start being productive.