Flash cards. They’re old-school, sure, but they’re versatile. You can flip through them to learn terms, concepts, and ideas while you’re riding the bus, or waiting for class to start. You can get someone else to quiz you with them, or you can quiz yourself. You can play different games with them in your study groups. Even just creating a flash card means you’re interacting with the material – so you’re studying when you do it. 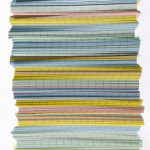 For example, you may look at this and feel like it’s just another textbook.

But at some point you may look at your pile of flash cards and think “This is boring. I’m not learning anything new.” It may begin to feel like you’re reading and re-reading your book or your notes – just in a different format.

That’s why it’s a good thing flash cards are such a versatile tool!

If you want a new way to use your flash cards, make an activity card deck. This will let you interact with them in a whole new way.

Get some 3″ x 5″ index cards. (You might want to choose a special color, so they stand out.) On the back of each one, write “ACTIVITY CARD.” On the front of each card, write one of the following activities.

Give a point for each successfully completed Activity Card. When someone reaches a pre-set number of points, they win the game.

You can probably see how relating a concept in your flash card pile to one of the activities in the Activity Deck counts as studying. You’ll be interacting with the material in a totally different way than you have before. And if you’re in a study group, the results can be hilarious! (If you’re laughing, you’re learning.)

Flash cards are a tried-and-true method of studying. Even so, it’s good to have multiple ways to use them, so you don’t get bored. By changing up the ways you use your flash cards, you can keep them as a fresh tool, while also having fun!

Five Ways to Make a Study Group Work For You